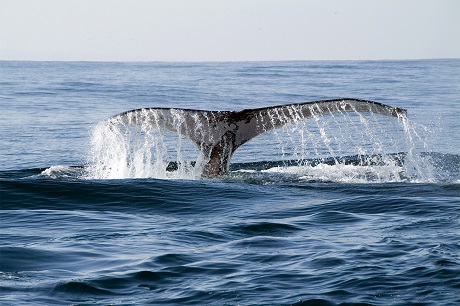 An enormous study involving past and present marine animals concluded that during evolution, bigger sea creatures always survive and they always have bigger chance of surviving.

According to the researchers, the average size of a marine animal has gone up by a factor of 150 in the past 542 million years. The researchers added that they saw a pattern of increasing body size meaning the bigger size, the better chance of survival.

How did they grow bigger?

The researchers based the assumption on Cope rule, a rule named after American fossil specialist Edward Drinker Cope. This means that animal lineage continues to gain weight as they evolve. For example, ancient horses were a lot smaller from horses that we have today. Ancient horses were dog-sized such as the Eohippus genus. There are some who grew bigger and went extinct like dinosaurs while some birds eventually became smaller but generally speaking, sea creatures became bigger.

Using their assumption of Cope’s rule, researcher Dr. Noel Heim, from Stanford University in California tried to cross reference it with marine animals.

For his study, Heim asked his colleagues and students to research for scientific record for body

“We’ve had at least 50 high school students working on it over the last five years,” Dr Heim told BBC News.

The team recorded more than 17,000 groups of species, called genera. It represents 60 percent of all the animal genera in the world. They then input the size of the animals and their time of existence to a computer program and run simulations of how they could have evolved given a chance.

Different simulations were run with different scenarios such as tweaking some rules like the effect of other species to one another.

“The degree of increase in both mean and maximum body size just aren’t well explained by neutral drift,” said Dr Heim. “It appears that you actually need some active evolutionary process that promotes larger sizes.”

Dr. Heim added that their size could be the biggest reason why bigger animals survive better because they can move faster and can protect themselves against other predators.

In response to the study, Dr. Michael Berenbrink, an evolutionary physiologist at the University of Liverpool, said the US team had compiled “an incredible data set”.