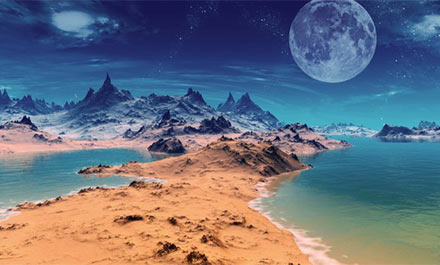 In its ongoing effort to gather evidence of life-friendly conditions on Mars, NASA says new data indicates an ancient ocean once existed on the red planet.

The work, published in the journal Science, is based on anomalies found in water isotopes in the Martian atmosphere and suggests that early Mars, circa 4.5 billion years ago, had an ocean covering more surface area on Mars (19 percent) than the Atlantic does on Earth (17 percent). It held more water than Earth’s Arctic Ocean and reached at least 137 meets deep (about 450 feet).

The Martian ocean, located in the plains of the planet’s northern hemisphere, may have persisted for millions of years. Eventually, 87 percent of its water was lost to space.

The findings need to be confirmed with subsequent research, of course, but if they hold up, they’ll add to a growing body of evidence that says conditions on Mars were once ripe for life.