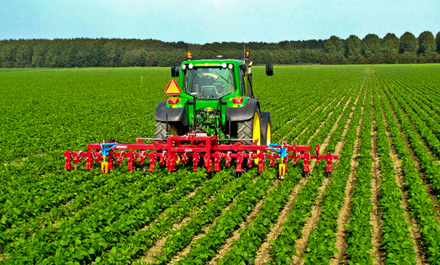 The two-day Global Agro Meet has emphasised the need to promote high-tech farming in Kerala to make agriculture activities more attractive and remunerative.

The Agriculture Minister, K.P. Mohanan said that the Government is contemplating a Centre of Excellence with the support from the Centre and in collaboration with the Netherlands to support high-tech farming in horticulture, fishing and dairy sector.

He pointed out that there is a need to usher in a movement for high-tech farming on account of the interest shown by young new generation farmers, who can play a leading role in making Kerala a high tech farming State. Towards achieving this, he said the need is to induct, diffuse and popularise highly productive technologies from abroad.

Considering the high population density, farm labour shortage and low per capita holding size in Kerala, he said the only solution to ensure food security is with high-tech, mechanised agriculture.

The Minister was speaking at the inaugural function of the Global Agro meet organised by the State Agriculture Department, KSIDC and CII here on Thursday to highlight the investment potential in agriculture and related sectors.

In his inaugural address, the Union Agriculture Minister, Radha Mohan Singh said that agriculture yields are being affected by climate change and there is a need to increase agricultural production by developing high yielding varieties of climate resilient crops to feed the increasing population.

Reminding that agriculture is not possible without technology, the Minister assured the farmers to make available the knowledge developed in various research institutes in the country. Kerala is a state with 23 different agro climatic zones, he said and asked the government to take advantage of its unique environment.

The Chief Minister, Oommen Chandy, in his presidential address, said that Kerala is all set to switch over to complete organic agriculture by 2016 for which micro level campaigns from the panchayat level are being launched to make this a reality. Aimed at producing safe to eat food, he said a clear strategy along with a long term vision is in place to ensure that organic cultivation gets established in a phased manner by eliminating the use of dangerous chemicals.