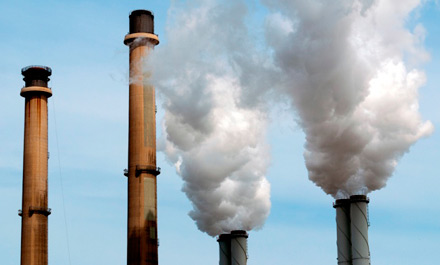 In the upcoming talks with the US delegation arriving in New Delhi to broker a climate deal, India is likely to offer 2035-2050 time frame as peaking year for carbon emission. The deal is likely to be announced during US President Barack Obama’s Republic Day visit.

After China said its emissions would peak in 2030, India has been under pressure to announce a peaking year—the benchmark year for carbon emissions to stablise.

However, India agreeing to a peaking year would depend on what the United States offers on climate finance and other related issues, a top government official told HT.

“We should be allowed to grow to China’s level in per capita terms for arriving at peaking year,” said Kirit Parekh, the former Planning
Commission member in-charge of energy who has been tasked by the environment ministry to study different scenarios for peaking year. “Our preliminary results show that India will take 20 more years to arrive at China’s level and that should be an acceptable level for emission peaking.”

The 2050 peaking year was arrived at on the basis of business-as-usual economic growth model. In another scenario, where the annual growth was pegged at 7-8% in the next two decades, India reached China’s emission levels between 2035 and 2040. But it called for mammoth investments.

“One thing is clear that India will not agree to China’s peaking year of 2030,” a senior government official said. The prospects of an agreement on peaking year will hinge on the outcome of talks between Modi and Obama in January.

A US diplomat told HT the Indo-US climate deal was important for the President as he would like to end his presidency in 2016 on a high note as a global “deal maker”. Obama anchored world leaders for a climate deal in Copenhagen in 2009 but it didn’t fructify because of trust deficit between the rich and the developing world.

That is one side of the story.

Indian officials said they would like the United States to increase its ambition on climate finance so that the Green Climate Fund has annual collection of US $100 billion or more by 2020. In 2014, the Climate Fund received $9.7 billion from the rich nations, lesser than the commitment of $10 billion a year from 2012 onwards.

As a deal sweetener, government officials said, for the period between 2020 and the peaking year, India would be willing to reduce its emission intensity — carbon released for each unit of power generated—to 40% of the 2005 level by 2030. Currently, it is 20-25%.

India is also working on its target for enhancing energy efficiency by 25-30% by 2030.

A note by the Bureau of Energy Efficiency, a body mandated under Energy Conservation Act, says India will improve energy efficiency of five high-polluting sectors by 4.05% by 2015 through domestic energy trading mechanism.

However, the proposed action by India and other countries may not be enough to limit the two-degree- Celsius rise in temperature by the turn of the century, a United Nations Environment Report released at Lima last week said.