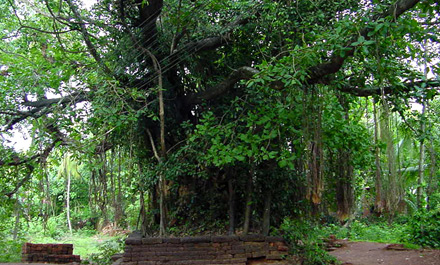 Heritage trees to get ‘health-card’ in Kerala

In an ambitious project to protect grand old trees in public places, the Kerala Forest Research Institute has come out with a proposal to mark them with a “health-card”.

Under the project, the giant trees will be provided with a score-sheet depicting its strength condition, risk factors and details of damage, along with other physical features.

The main objective of the scheme is to preserve as much heritage trees as possible by giving proper guidelines to authorities in maintaining them.

As a pilot initiative, the scheme has already been introduced in the capital city,which is known for the presence of a large number of giant trees of different varieties.

A senior KFRI official said the scheme would be extended to other parts of the state in due course after consultation with the civic authorities concerned.

“We have mooted the programme after civic authorities here requested us to identify traditional trees in the city which needed protection. The request was made in the wake of protests by local environmentalists against the felling of trees here,” T V Sajeev, a KFRI scientist, told PTI.

As a first step, a number of trees in the busy main road stretch in Vellayambalam, Statue and East Fort here, have been identified for the project.

One of the major advantages of the scheme is that it gives a detailed description about the physical condition, including the root, branches and trunk of a tree, he said.

It would also help to assess the damage of each tree, he said.

“We have already received requests from other civic bodies to introduce the scheme in their respective areas. The next major initiative of the scheme will be launched in Fort Kochi in Ernakulam district as part of developing it as a heritage city,” he said.

The project is being implemented with the active support of various departments of the KFRI, an institution of Kerala State Council for Science, Technology and Environment, he added.