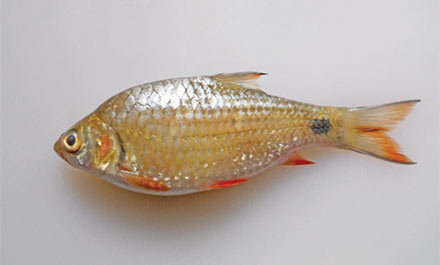 Click here to see the details of the new species are published in international publications: Journal of Research in Biology and International Journal of Fauna and Biological Studies.

ABOUT THE NEWS SPECIES DISCOVERED:

Puntius nelsoni: The body and fins of this species are yellowish in colour. The head is deeper, the snout is shorter and the mouth wider.

This species was discovered at Kallumkal in Thiruvalla, at the place where Pamba and Manimala rivers merge.

Puntius nigronotus: It was discovered at Mananthavady in the hilly Wayanad district. The dorsal fin has more rays and is black in colour of this species. The lateral line scales are greater than its closest relatives.

Systomus rufus: It was discovered from Venapal and Thiruvalla. The fins are red in colour of this specie.

The professor stated that, “it is interesting to note that a new species of the genus Systomus is being discovered after one-and-a-half century from Kerala. All the four new species have received a zoo bank register number from the International Commission of Zoological Nomenclature, the worldwide scientific authority for naming new animals. The new fish have been deposited in the museum of the Zoological Survey of India at Kolkata and Kozhikode”.

According to Kerala State Biodiversity Board, Kerala is home to 242 species of inland fish.