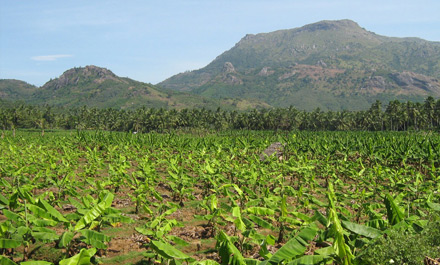 A two-member team from the Ministry of Environment and Forests (MoEF) on Friday held discussions with officials from Kerala to finalise their field visits to some of the 123 villages which moved out of the category of ecologically sensitive areas (ESA).

Even as the Centre is still contemplating whether to go ahead with the Madhav Gadgil or K. Kasturirangan panel reports on how to conserve the Western Ghats, the MoEF officials met officials from Kerala to finalise the next move.

State Forest Minister Thiruvanchoor Radhakrishnan told reporters that the dates for the field visits are yet to be finalised.

‘We have already done our duty and the maps of the 123 villages (initially declared as ESA by the Kasturirangan panel but later removed through a central notification following protests) are ready,’ said Radhakrishnan.

The Western Ghats are a UNESCO recognised natural heritage site comprising a contiguous forested mountain range, which stretches from Kerala to Gujarat and includes Tamil Nadu, Karnataka, Maharashtra and Goa.

Amarnath Shetty, one of the two MoEF officials who held discussions here Friday, told IANS that they intend to visit a few of these villages and it might take place later this month.

He saw a presentation by the Kerala State Biodiversity Board on the current scenario of the 123 villages which were removed from the category of ESA.

Earlier this month, shortly after assuming office, union Environment Minister Prakash Javadekar said the ministry will soon take a decision on the reports prepared by the Madhav Gadgil and K. Kasturirangan panels on how to conserve the Western Ghats.