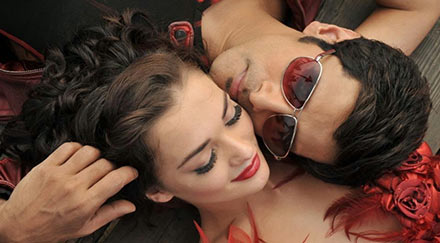 Vikram Starrer movie “I” has created magic in Kerala. If reports are to be believed the film is now the biggest Tamil hit in the state in five days.

As per box office collection report of the movie from 14 January to 18 January, “I” has grossed around ₹10.73 Crore from 225 screens with net collection of ₹8.58 Crore.

In terms of stations with maximum collection, Thiruvananthapuram has topped the list, followed by Ernakulam, Kozhikode, Thrissur and then Palakkad.

The movie had earlier made a gross collection ₹5.57crore in two days in the state and there by breaking the record of two-day gross of Malayalam movie “Bangalore Days” in the state.

Shankar’s directorial, “I” had record opening in Kerala, which showcased the kind of popularity Vikram has in Kerala. The movie had collected ₹3.05 crore on the opening day and broke the previous first-day collection record of Tamil movie “Jilla”, which starred Vijay and Mohanlal

Industry experts tribute the success of the movie in the state to the mass publicity and the promotions by the distributors. Vikram and Amy Jackson had also made a comprehensive visit to promote their movie in Kerala.