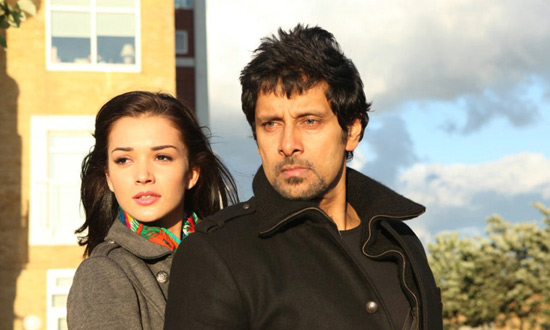 Vikram-Shankar’s “I” (“Ai”) has taken excellent openings at the worldwide box office.

The film, which hit screens on Bhogi Day, has raked in over ₹34 crore at the worldwide box office. The vikram starrer has grossed ₹25.54 crore (₹20.8 crore nett) in South Indian markets, while its worldwide collections amount to ₹34.74 crore, according to Andhraboxoffice.

The film has failed to beat first day “Lingaa” collections (nett) from India, which stand at ₹22 crore. [Note: “I” has released outside of South India only Thursday (15 January)]

In Tamil Nadu and Kerala, “I” has taken grand openings thanks to the pre-release hype. The film has reportedly minted ₹7.4 crore nett in Tamil Nadu (₹9.62 crore gross) on the first day of its release. However, it has apparently failed to beat “Kaththi” and “Lingaa” day one collections which amount to approximately ₹12.5 crore and ₹12.8 crore nett.

In Kerala, “I” has created a state record by minting ₹2.5 crore nett on the opening day.

The film has fared well in Karnataka and has reportedly fetched ₹1.9 crore. However, the Vikram-starrer has failed to beat “Lingaa” record in the state, where the Rajinikanth-starrer has minted ₹2.1 crore.

In Andhra/Nizam areas, “I” has taken humongous openings. The film has set an opening day record for a dubbed film by earning ₹7.52 crore share at the AP/Nizam box office. It has surpassed the opening day collections of Telugu film “Race Gurram” and “Legend,” which had minted ₹6.89 crore and ₹6.9 crore share on its opening day.

“I” has also taken the 15th spot in the list of top 25 highest day one share of all time. It has also minted the highest first day share for a Shankar film in areas like Ceeded (₹1.7 crore), Nellore (₹43 lakh) and Nizam (₹2.52 crore), according to Andhra boxoffice.

In Nizam, “I” has surpassed the first day collections of Prabhas’s “Mirchi,” which had raked in ₹2.45 crore. In Ceeded, the Shankar directorial has collected more than Mahesh Babu’s “Aagadu,” which had minted ₹1.6 crore on the opening day.

Despite clashing with Pawan Kalyan-Venkatesh’s “Gopala Gopala,” “I” has performed exceptionally well at the box office. The film is likely to continue its good run during the Sankranti/Pongal holidays. “Sankranthi Day BO is rocking as expected. Both Biggies are Steady and Good,” tweeted Andhraboxoffice.

“I” has taken off on a good note at the US box office. The film has apparently fetched $293,000 from 214 locations during the premier shows, according to a tweet from SIMoviesUSA.