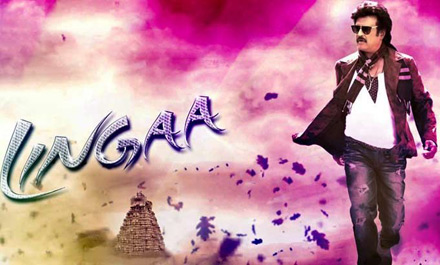 Tamil superstar Rajinikanth today turned 64 and made the occasion a memorable one by dishing out his latest flick “Lingaa” to frenzied fans who turned up to witness their matinee idol deliver famous punchlines after about four years.

The actor was out of town, his publicist said without divulging details.

However, it was ‘Lingaa’ all the way as the hit combination of Rajinikanth-K S Ravikumar joined once again in what is expected to be a treat for the star’s avid fans.

The actor, who earlier this year featured in “Kochadaiyaan”, is back singing duets with damsels, this time Anouskha Shetty and Sonakshi Sinha in tow.

The ‘Lingaa’ fever had already gripped Rajinikanth’s fans and eager ones, both domestic and international, who hit Chennai theatres to have a glimpse of their ‘thalaivar’ (Leader) after some time.

Rajinikanth enjoys a good fan base in Japan – his films are dubbed in Japanese and released there – with some of them turning up here, singing numbers from his earlier movies, especially ‘Muthu’ that introduced the actor in the Asian country.

Local die-hard fans of the superstar were not to be left behind as they arrived for the release with their signature style celebrations–of pouring milk to cutouts of the star and dancing to the beats of percussion instruments.

Earlier, the film had faced some legal wrangles over a writer claiming rights to the story, but the court had allowed the screening with conditions.