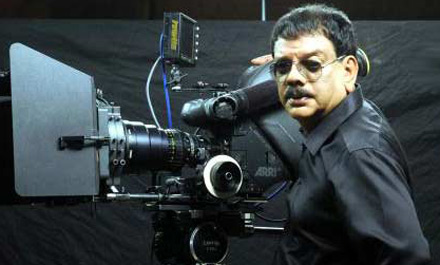 Director Priyadarshan, whose three year term as chairperson of the Kerala State Chalachitra Academy is ending later this month, has decided against seeking a fresh term.

Thiruvanchoor Radhakrishnan, minister for Cinema, confirmed to IANS that the director has sought to be relieved of his post.

“The term is for three years and he expressed his willingness to move on. Now the state government will constitute a new committee and a new chairperson will be appointed very soon,” Radhakrishnan said.

Even though the famed director has pointed out that he is hard pressed for time, the main reason for his departure, according to those in the know, was that he wanted to quit ever since his close friend and the previous minister for cinema K.B. Ganesh Kumar had to resign last year.

Priyadarshan was asked to stay on after there were reports that Kumar would be brought back into the Oommen Chandy cabinet, but with that becoming a non-starter due to political reasons, Priyadarshan decided not to seek a new term.

Incidentally, the chairperson’s job is not a full-time one and last year Priyadarshan helmed Mohanlal in the Malayalam film Githanjali, which did not do as well as expected.

Among the names that are doing the rounds to replace Priyadarshan is internationally acclaimed, award-winning director Rajeevnath, who is known to be in the good books of the ruling Congress party.