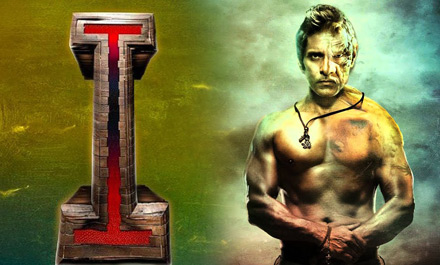 The motion poster of ‘I’ was officially unveiled by Sony Music Pictures on Youtube on September 11, garnering approximately 7,50,000 hits in just two days.

The poster reveals the first look of actor Vikram in a toned, muscular avatar. Even though Vikram looks calm in his posture, his face shows his alter ego. One side of the body also appears bulkier and scaly and he sports an intriguing locket. Thebackground score in the motion poster is given by AR Rahman.

The sci-fi flick ‘I’ features Chiyaan Vikram, Amy Jackson and Upen Patel in lead roles. The music of the movie will be launched on September 15.

Have a look at the motion poster here: