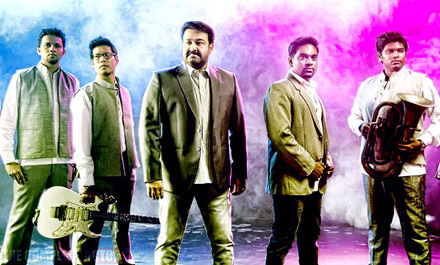 It’s towards the end of 2014 that actor Mohanlal, who has also made a name as a singer, launched his music band Lalisom —The Lal Effect.

Now we hear that the band’s first show will be at the inaugural function of the upcoming 35th National Games, which is being hosted by Kerala.

Confirming the news, music director and band member Ratheesh Vega says, “Lal sir will soon be making an official announcement about the programme.” However, he says he cannot divulge any other detail.

Earlier, the composer had told us that the band’s shows will have performances of the re-orchestrated versions of Mohanlal’s evergreen songs, for which the actor would both be a singer and narrator. The band was launched in early November, last year and is expected to have about 12 musicians as its members. Recently, Mohanlal had also mentioned on his official online page that he is recording the promo song of the band with Ratheesh Vega.

The National Games will be held at various venues in Kerala from January 31 to February 14, and has Sachin Tendulkar as its goodwill ambassador. Its opening ceremony, at which Lalisom will perform, will be held at Greenfield Stadium at Kariavattom, Trivandrum. From tinseltown, actor Vineeth will also be present at the event with a dance programme.