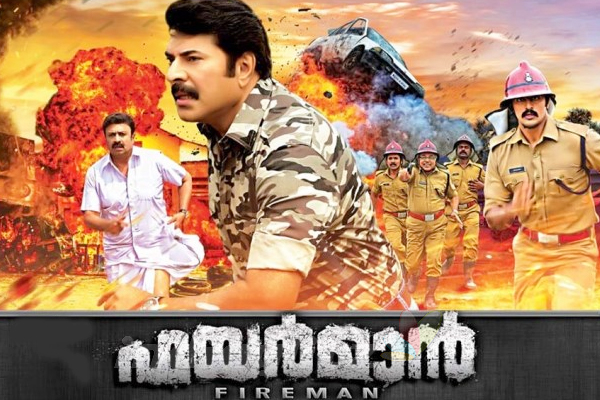 Malayalam movie “Fireman” that stars Mammootty and Nyla Usha is receiving some overwhelming response in theatres. The movie which is directed by Deepu Karunakaran is much appreciated for being a highly engaging thriller.

The director, who has also penned the script, is acknowledged for the compact, high-paced storyline. The lead actors of the movie including Unni Mukundan, Siddique, Salim Kumar and Hareesh Peradi have also won appreciation for their performances.

The story of “Fireman” revolves around a LPG gas tanker accident after which forms threat of disastrous gas leak in the area. Mammootty plays Vijay, the fireman, who leads the team to control the situation and Unni Mukundan plays Shahjahan, his assistant. The film then talks about the hurdles, which the team faces to accomplish the mission.

“Fireman” is produced by Milan Jaleel and distributed by Ullattil Visual Media.