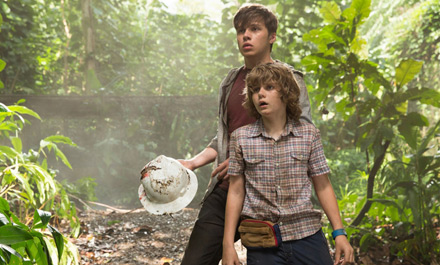 The first look of Jurassic World garnered 5 million impressions within 48 hours of being launched recently.

The sneak peek into the latest installment of the dinosaur sci-fi series, which has garnered a cult following of fans all over the world and has frequently been cited by film critics and industry professionals as one of the greatest movies of the action and thriller genres, was launched exclusively on the Facebook and Twitter pages of Star Movies.

Though the film is scheduled to release on 12th June 2015, Star Movies
along with Universal Pictures unveiled the latest offering of the
legendary franchise to India recently.

Jurassic Park was the
first film in India which was released in English, Hindi, Tamil and
Telugu and the movie set the trend for dubbing films in India.