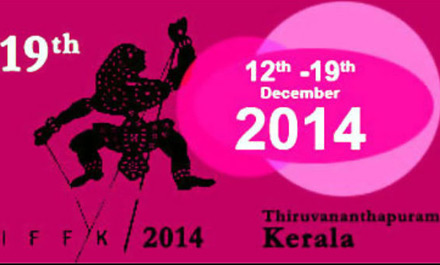 Movies directed by the jury members will be screened at the 19th edition of the International Film Festival of Kerala, to be held here later this month.

A total of five acclaimed films will be screened in the ‘Jury Films Session’ in the upcoming edition, scheduled to take place from December 12-19, Kerala Chalachitra Academy, the organiser of the event, said here.

Three films of the jury chairman and acclaimed Chinese director Xei Fei, one film each by Sumithra Bhave and Resis Celik, the two other jury members, will be screened in this category.

‘Oil Maker’s Family’, ‘Black Snow’ and ‘A Girl From Hunan’, directed by Xei Fei, ‘Vasthupurush’, helmed by Sumithra Bhave along with Sunil Sudhakar, ‘Night of Silence’ by Resis Celik are the films included in this category.

A total of 140 films by eminent directors from across the world will feature in 10 sections in the week-long movie gala.

The World Cinema category has 61 films from over 37 countries. Of these, 12 films were represented by female directors.

Fourteen movies are included in the ‘Competition category’ for the prestigious Golden Crow Pheasant award.

Morocco and Iran have two films each and one film each from Bangladesh, Brazil, Japan, Argentina, Mexico and South Korea respectively in this section in which four Indian films are also participating.

Seven Malayalam movies, including ‘Njan’,’1983′,’Oral Pokkam’, ‘Carlton Towers’ and ‘Alif’ will be screened in the ‘Malayalam cinema today’ section.

With the Turkish film industry celebrating its centenary, the ‘Country Focus’ section has been totally dedicated to Turkish film and as many as eight films from that country will be screened, Academy sources said.