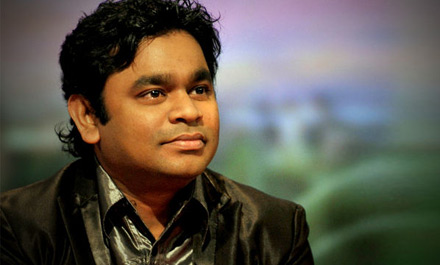 India’s music maestro AR Rahman may end up getting his third Oscar nomination in the best original score category after making it to the list of 114 probables, while Hindi film ‘Jal’ also features in the long list of best picture Oscar hopefuls.

Rahman, who has previously been nominated for ‘127 Hours’ and ‘Slumdog Millionaire, for which he won two Oscars, has made it to the list for three of his films including Hollywood movies ‘The Hundred-Foot Journey’ and ‘Million Dollar Arm’ and Rajinikanth-starrer Tamil film ‘Kochadaiiyaan’.

As congratulations poured in from fans on twitter, Rahman tweeted in Tamil “All praise is for God.”

Girish Malik’s directorial debut ‘Jal’, a film based on water scarcity issue, has also found a place among the 100 films shortlisted for nomination in the best picture category as well as in the best original score list for Sonu Nigam and Bickram Ghosh’s rustic compositions.

‘Jal’ features in the best picture list as an independent submission, while India will officially be represented at the Academy awards in the best foreign feature category by ‘Liar’s Dice’.

“We had directly submitted our film to the Academy. I believed in our content and that’s why we decided to send our movie. Two days ago we got the news that our screenplay was acquired by the Oscar library. Now our film is among the 100 films hoping for an Oscar nomination. The composers Sonu Nigam and Bickram Ghosh have also made it to the probable list of Original background score category,” ‘Jal’ producer Puneet Singh told PTI.

“It is a great honour to be on the list of two categories. We are keeping our fingers crossed. Lets hope for the best,” he added.

The nominations for the Academy Awards will be announced on January 15 and the ceremony will be held on February 22, 2015.