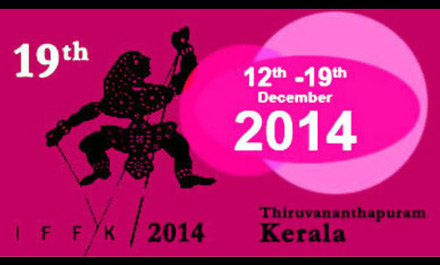 19th International Film Festival Of Kerala To Be Held In Dec

Kerala Chalachitra Academy has announced the dates of 19th International Film Festival Of Kerala. The event will be held in Trivandrum during 12-29 of December. The film festival, which is well-known for its selection of movies, award categories and enthusiastic audience, is aiming to present the best of world cinema to the audience this time. The IFFK was first held in 1996 by the Kerala State Film Development Corporation at Kozhikode. Later, in 1998, Kerala Chalachitra Academy took over the resposibility of IFFK.

Contemporary World Cinema, New Malayalam Cinema, Retrospectives of Major filmmakers, Homage and Tributes, Contemporary Indian Cinema, Short films and Documentaries are the main movie categories screened during this film festival. Seminars on important issues concerning Cinema are being scheduled in the festival. From this year, there will be a new category for Asian, African and Latin American movies in the film festival. The Golden Crow Pheasant Award, The Silver Crow Pheasant Award, Best Debut Film Award, FIPRESCI Award, Netpac Award etc are the major award categories of IFFK. A new category of awards, for the Best Debutant Foreign Director will also be included from this year. The film festival will be held on the various cinema halls of Trivandrum.