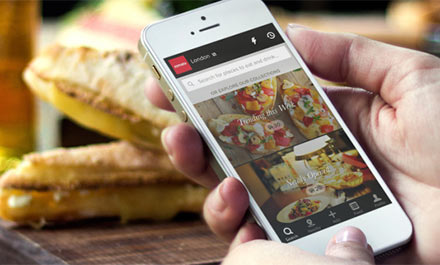 Online restaurant guide Zomato is expanding into the online food ordering business. The new service will allow users in India to place orders for meals from restaurants through the mobile app, according to a report by The Economic Times.

Zomato will allocate INR 3 billion (US$50 million) to launch the online food ordering business, according to Deepinder Goyal, CEO of Zomato. The service is also expected to be available in Dubai, Manila, Jakarta, and Sydney after the Indian launch in mid-March.

The Gurgaon-based company has partnered with PayU for payment gateway transactions. They plan to cover 2,000 restaurants by March and extend the number to 10,000 restaurants in the next six months.

Zomato’s annoucement comes a few days after online meal delivery service FoodPanda went on a spending spree by snapping up their rival sites across Asia, which included the Indian arm of JustEat.

In the past year Zomato increased their global presence with acquisitions of restaurant search players. Their largest buyout was the US$52 million acquisition of US-based Urbanspoon.

The company has raised around US$113 million over multiple rounds of funding from investors including Vy Capital, Info Edge, and Sequoia Capital.