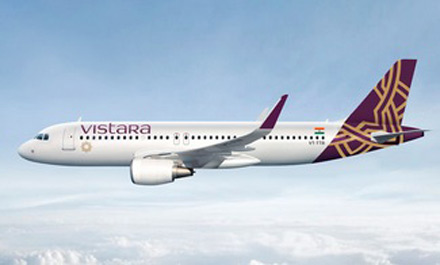 Vistara may take off by end of Dec or early 2015

Vistara is one step closer to its launch after it operated a trial flight between Delhi and Mumbai on Thursday evening.

Such trial flights known as ‘proving flights’ are carried out in presence of officials of Directorate General of Civil Aviation to assess the operation.

Vistara has two Airbus A320 in its fleet and is expected to launch service in January. According to a media report DGCA will be issuing it an operating permit next week.

Vistara confirmed the development but did not share details.

Vistara will operate from its base Delhi and will fly to Mumbai, Bangalore, Hyderabad, Goa, Chandigarh, Srinagar, Jammu and Patna in the first year, as per the plan submitted to the regulator DGCA.