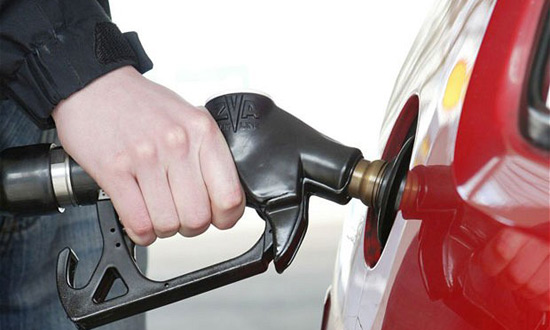 State-run oil marketing companies on Friday reduced the prices of petrol and diesel by Rs 2.42 and Rs 2.25 a litre, respectively, even as the government earlier in the day announced increasing excise duty on these fuels by Rs 2 a litre each.

The price reduction, as well as the excise increase, come into effect from Friday midnight.

Friday’s increase in excise duty, the fourth such step by the government in the past two months,  will bring an additional Rs 5,000 crore to the exchequer in the remaining part of the current financial year. The total money that the government will get will be a little more than Rs 20,000 crore. Of this, the Rs 6,000-7,000 crore the giovernment will get on account of the previous hike will be for spending on infrastructure.

The rest will help the government narrow its fiscal deficit to the targeted 4.1 per cent of gross domestic product in 2014-15, a task that appears difficult because of muted indirect tax collections and disinvestment proceeds.

Despite the global crude oil prices falling to a six-year low of about $46 a barrel, the increase in duty on the fuels shows the policy mandarins at North Block are making all-out efforts to meet the fiscal deficit target.

Meanwhile, the reduction in fuel prices effected on Friday was the ninth such for petrol since August and fifth for diesel since October.

Petrol and diesel prices were last cut on December 16, each by Rs 2 a litre. Including Friday’s reduction, the price of petrol has been lowered by Rs 14.69 a litre since August, while diesel has become Rs 10.71 a litre cheaper.

In the first eight months of this financial year, the Centre’s fiscal deficit had touched almost 99 per cent of the Budget target for the whole year.

The government had earlier raised these duties on both by Rs 2 a litre each from January 2. Prior to that, the tax was raised by Re 1.50 a litre each from November 12 and Rs 2.25 a litre on petrol and Re 1 on diesel from December 2.
These first two excise duty rises are likely to bring additional indirect tax revenue of about Rs 10,000 crore in the remainder of this financial year. The two January  increases could bring in Rs 6,000 crore more. The latest rise would give another Rs 5,000 crore to the government.

Global crude oil prices have fallen almost 50 per cent since June 2014, the most since the 2008 financial crisis.