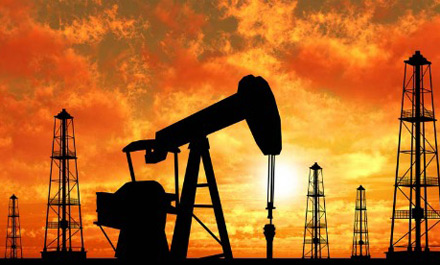 Since July, the price of a barrel of crude oil has gone from $107 a barrel to $66.88 as of the time this column was written. That marks a 37 percent decline in six months. Many are asking what contributed to this noteworthy shift. This question, as I’ll explain, has many causes. And in any situation, there are winners and losers.

The economic theory of “supply and demand” is the most obvious explanation. U.S. production is increasing thanks to an ongoing surge in development in shale plays and an uptick in offshore production.

Meanwhile, the Organization of Petroleum Exporting Countries made an attempt to discourage U.S. production by announcing on Thanksgiving Day that they would not cut supply, thus keeping the market price discouragingly low. Demand remains stable in the United States, while the European economy remains weak.

Further study also reveals the direct correlation on the valuation of world crude oil and the strength of the dollar against foreign currencies — particularly, the euro. It is no coincidence that July marked a larger difference between the euro and the U.S. dollar that began the trend. Combining these aspects helps elaborate as to how the drop in price occurred.

There are geo-political considerations at play here as well. It is no secret that Russia’s dominance in the region is threatened by the U.S. shale boom. Cheap, domestic natural gas that is able to be converted to LNG and shipped to countries surrounding Russia serves as a real threat to Russia’s stronghold on its neighbors as the main provider of energy.

Cheap oil also provides a security blanket to the volatile region further south. ISIS gets most of its funding for its terrorist activities from selling captured oil wells. The less value their seized product has, the less effective they are in carrying out their missions.

The results of these are many. Louisiana’s state budget will be negatively impacted as forecasts had marked the price of a barrel of crude at $96 in the state’s models and the oil and gas industry make up over 10 percent of the state’s budget. Activity should remain stable long term as just last week, Chevron and Exxon Mobil said their deepwater activity will go on as expected and prices can go as low at $40 a barrel before causing concern.

This is just the tip of the iceberg in the complex world of pricing commodities. There are many indicators and circumstances that lead to the price drivers see at the pump. While enjoying these low gasoline prices, remember how truly international this market is and how something as foreign as ISIS activities impact the way of life in Acadiana.