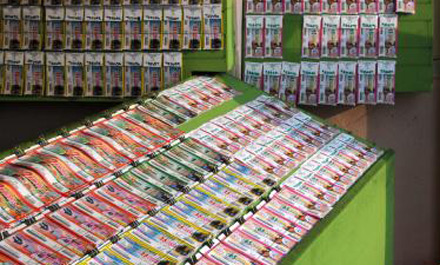 Kerala Not to Allow Paper Lotteries of Other States

Kerala government today made it clear that it would not allow lotteries of other states to operate in the state.

“The state government will stick to its earlier stand on banning other State lotteries in Kerala’, Chief Minister Oommen Chandy said during the cabinet briefing here.

He was responding to a recent Supreme Court order, permitting A John Kennedy, aide of lottery kingpin Santiago Martin, to apply for registration to distribute Sikkim lotteries in Kerala.

“During the past three years, Santiago Martin  was kept out of Kerala’s lottery business and the State will continue with the same approach”, Chandy said.

Further the state government was successful in giving a humane face to state-run Kerala lottery and used the revenue generated through its sale for carrying out several welfare activities. This was one of the hallmarks of the government, he added.

Chandy also said the latest court verdict was based on certain technical aspects of Central laws related to lotteries.

The judgement would be studied in detail and if required the government would ask the Union government to make necessary changes to the Central laws, he said.

Meanwhile, Finance Minister K M Mani said the Apex Court verdict would not in any way affect the operation of Kerala lotteries. ‘The court verdict was not against the government’, he said.

The court had asked the government to consider the application of Kennedy if he applies for registration as per law, Mani said.

But Kennedy was not a recognised distributor of any states, Mani pointed out and added that the state had closed several such applications in recent years and had not granted recognition to any of them.

Mani also rejected the charge of Opposition leader V S Achuthanandan that the lottery mafia grew under UDF rule and said it was the LDF government that had promoted persons like Santiago Martin.