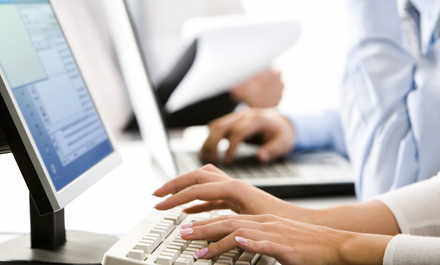 Notwithstanding the government’s all out efforts to showcase Kerala as a preferred IT destination, a big gulf separates the State from its immediate neighbour Karnataka in terms of IT exports.

According to the data with the Cochin Special Economic Zone (CSEZ), Karnataka had a lead of more than Rs. 45,000 crore over Kerala going by exports from IT and ITES Special Economic Zones (SEZs) in both States during the 2013-14 fiscal. CSEZ presides over SEZs in both the States.

While seven IT and ITES SEZs from Kerala accounted for exports worth Rs. 3,314.44 crore, the 17 SEZs in Karnataka combined for a staggering Rs. 48,364.58-crore worth of IT exports.

The gulf is set to widen beyond Rs. 55,000 crore going by the export projections for the ongoing fiscal. While the IT and ITES exports from Karnataka are set to scale new heights to touch Rs. 56,033 crore, exports from Kerala are only expected to be Rs. 3,799 crore during 2014-15. Total exports from SEZs from Kerala stood at Rs. 7,955.69 crore during 2013-14 with multi product SEZs accounting for Rs. 4,461.07 crore. Gems and jewellery sector, which contributed Rs. 2,729 crore, stood next to IT and ITES SEZs, Electronics hardware accounted for Rs. 426 crore and agro and food sector Rs. 163.35 crore.
‘Growth possible’

Going by the projections, exports from multi-product SEZs in Kerala are projected to drop by Rs. 2,400 crore during this fiscal, which the CSEZ Development Commissioner Safeena A.N. attributed to the fall in export in gem and jewellery. “But 50 per cent gap will get compensated by all the other sectors put together,” said Ms. Safeena, who said real growth was possible in the IT sector.

She said the amendments to the SEZ Rules, 2006, in September 2013 provided a favourable atmosphere for the State to go for a quantum jump in IT exports. While land limit restrictions for multi-product SEZ had been brought down from 1,000 hectares to 500 hectares and that for single product SEZ from 100 hectares to 50 hectares, land limits had been completely done away with in the case of IT SEZs.

“If earlier 10 hectares were needed for IT SEZ, now having a built-up space of 50,000 sq.m is good enough to get declared as SEZ in the IT sector,” Ms. Safeena said.