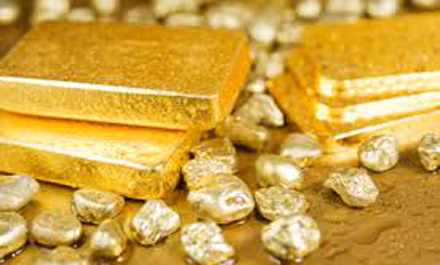 Gold imports of the country have decreased despite a recent move to ease curbs as bullion banks and traders await clarifications on new import policies, market sources said.

India, which is the world’s second-biggest bullion buyer, scrapped a rule late in November mandating traders to export 20 per cent of all gold imported into the country, even as the market was expecting the government to tighten the curbs.

Customs officials, however, awaiting directions from the Reserve Bank of India (RBI) on the new import procedures, were not clearing fresh imports, prompting importing agencies to hold back, traders said.

“Customs officials are not clearing fresh imports as they are waiting for instructions (from RBI). There is no point in importing now and having gold stuck with them,” said a trader with a top domestic bullion bank.

The government in 2013, struggling with a high trade deficit, imposed a record 10 per cent import duty on gold and the so-called 80-20 rule to limit purchases.

The export rule had triggered changes in the way imports were cleared, requiring firms to show proof of exports. The reversal of the rule will likely require more changes.

Traders had expected clarifications to the 80-20 rule earlier this week, but there have been none yet.

Another reason for the lack of strong imports is the adequate gold supply in the market.

Anticipating tighter rules, dealers had stocked up the bullion in previous months, with imports likely to have crossed 100 tonnes for a third straight month in November.

“Imports in December are going to be less than that because people are waiting for clarification,” said Bachhraj Bamalwa, director at All India Gem and Jewellery Trade Federation.

Consumer demand for gold has also weakened because of the slowdown in the number of weddings, with demand expected to pick up again after mid-January, Bamalwa said.

The domestic prices of the yellow metal were either flat or at a small premium of US $2 an ounce, down from last week’s US $5, traders said.

“There is no incentive to import at low premiums and there is enough supply in the market,” said another trader at a bank.

Premiums in top consumer China ranged between US $1 and US $2, while in Hong Kong and Singapore, they were unchanged at a little over US $1.