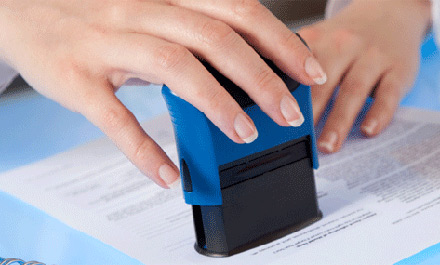 ‘Certificate attestation is not mandatory in Kerala’

On the basis of the 12th report of the second Administrative Reforms Commission, the Kerala government has decided to simplify procedures for attestation of certificates for all official purposes, said chief minister Oommen Chandy. The Cabinet has approved the recommendations of the commission in this regard and no more attestation by gazetted officers is needed.

The applicants can now self attest their certificates, except those that require the mandatory attestation procedure. With this decision, the original documents are to be produced only at the final stage.

On the recent verdict of the Kerala High Court regarding encroachments in Munnar, the chief minister chaired a meeting that was attended by ministers of revenue and forest, advocate general, law secretary, district collector and advocates handling the case for the government in the high court. Based on the meeting the government has decided to legally challenge the verdict, the procedures of which will be taken after getting the copy of the judgment.

He added the government would soon take a decision whether to appeal or file a revision petition against the division bench order.

A division bench, headed by Chief Justice Manjula Cheloor ordered to give back the land seized by the special task force appointed by the former LDF government to the owners. It also ordered to give Rs 10 lakh as compensation to Cloud 9 Resort, whose building was destroyed as part of the evacuation operations. The court said there were procedural lapses in the action of the government and the affected parties were not given opportunity to explain their stand.

Ban on other states’ lotteries

The state government will stick to its earlier stand on banning other state lotteries in Kerala. Responding to a recent Supreme Court order on lotteries, Chandy said during the past three years, Santiago Martin was kept out of Kerala’s lottery business and the state would continue with the same approach. The government will not appeal against the apex court order as there is nothing in the order against the stand of the Kerala government, said KM Mani, finance minister.

Further, the chief minister said the state government was successful in giving a humane face to lottery by using the revenue generated through its sale for carrying out welfare activities.

He also said the latest court verdict was based on certain technical aspects of central laws. The judgment would be studied in detail and if required the government would urge the central government to make necessary changes to them. The apex court ordered to consider the applications to run paper lotteries of other states if they apply legally.

Briefing the Cabinet decisions, he said the national cyclone risk mitigation project would be implemented in nine coastal districts of Kerala. A steering committee would be constituted to administer, implement and review the project according to the guidelines of World Bank.

In a quick move today, it also appointed Rabeendrakumar Agarwal as new director. According to sources, the decision is in the light of the verdict of the Supreme Court in the lottery case. Sources said Nandakumar failed to communicate with the finance minister in the lottery case.

He now holds the charge of director, Collegiate Education. Responding to the decision, Nandakumar said this had nothing to do with the lottery case and it was he who had requested the government to remove him from the post as he was holding it as an additional charge.