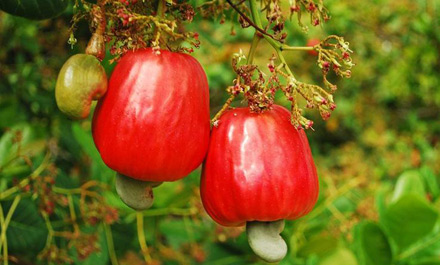 When the cashew harvest starts here, the orchards clinging to the lush, wrinkled hills are blanketed by a brilliant yellow, orange and red carpet, created after farmers pluck the nut and toss its stem to the ground. There, the cashew apples, as the stems are known, quickly rot, except for a few used to brew a local spirit called feni that is popular in neighboring Goa.

This season, however, the carpet will be thinner because Pepsi is betting that the tangy, sweet juice from cashew apples can be the next coconut water or açaí juice.

“Coconut, pomegranate and lime juices are popular, but affordability is becoming a major issue,” said V. D. Sarma, vice president for global procurement at PepsiCo India. “So we are always looking for new juices sources that are locally produced to help bring prices down for us and for consumers.”

The demanding demographic group known as millennials, as well as new consumers among the world’s emerging middle class, have a restless appetite that is driving food companies to experiment on a grand scale with flavors and ingredients whose appeal until recently were largely local.

Quinoa, a nutty, protein-dense grain that was a staple of the pre-Colombian diet in the Andes, is now in short supply, thanks to the voracious appetite of global consumers. Chia, a seed rich in omega-3 fatty acids, can be found in everything from smoothies to muffins.

Starting next year, cashew juice will go into a mixed fruit juice drink sold in India under the Tropicana label, replacing more expensive juices like apple, pineapple and banana. Eventually, the company hopes to add it to drinks around the world.

“We can tell a story around it,” said Anshul Khanna, senior manager of juice and juice drinks at PepsiCo India. “The cashew apple is exotic and appealing, and we think it is a premium product.”

Farmers here are a bit baffled by Pepsi’s interest in their cashew apples. While the cashew is a favorite nut worldwide, the so-called apple from which each nut grows is almost always left on the ground or thrown away, where it begins to ferment within 24 hours of picking. And the juice by itself, while highly nutritious, is abundant in tannins that impart an acrid taste.

“I thought it was a little strange that they wanted to buy cashew apples — but I didn’t like to question a new source of money,” said Sanjay Pandit, who together with his father, Hanumant Pandit, cultivates about 300 cashew trees in the village of Kondye.

Brazilians are the biggest consumers of the yellow and red apples today; a handful were featured in FIFA’s advertising for the World Cup. But Brazil, a major global source of cashew nuts, processes only about 12 percent of its crop of cashew apples annually because of the challenges posed by their short shelf life, according to research by the African Cashew Alliance, an industry trade group that is also looking for ways to cash in on cashew apples.

Cashew juice also shows up in various local products around the world like Cashewy in Thailand, which is promoted by its producer as “the beverage of gods.” Nutrition and health websites extol its high vitamin C content, and there are even claims that it helps burn fat and enhances sexual performance.

Pepsi stumbled across the fruit in Brazil a few years ago, when Mehmood Khan, its global head of research and development, was working there to get the company’s coconut water business up and running. A local supplier took him to a cashew orchard, where he saw the colorful apples and wondered how they could be used.

The big stumbling block, Pepsi learned, to any commercial use was the fruit’s quick fermentation. “That’s a risk for us — we can’t have Tropicana with alcohol in it,” Mr. Sarma said.

To help improve the farming, collection and rapid processing of the apples, Pepsi turned to the Clinton Foundation, which had expressed interest in the company’s efforts to incorporate small farmers into its global supply chains. Small farmers supply it with chickpeas in Ethiopia and corn and sunflowers in Mexico.

Working on an Indian farm that is part of the Acesso Cashew program, started by the Clinton Foundation in partnership with Pepsi.

“We work with them to improve cultivation and yields and offer them better prices for their nuts as well as create a market for their cashew apples,” said Govind Ramachandran, general manager of Acceso Cashew Enterprise, the business established by the Clinton Foundation last December to carry out the program in India.

The Portuguese introduced cashew trees in the 16th century in the region around Goa, hoping to stem the erosion of rich topsoil that was being washed away by heavy rains. Now India is one of the world’s largest cashew producers. Some three-quarters of the roughly 660,000 tons of nuts grown here come from small farmers with orchards of one to two hectares, or 2.5 to 5 acres.

Farmers, who harvest between late January and April, typically store the nuts and sell them off as they need the income, making cashews virtually the equivalent of cash. But historically they have received only a fraction of the nut’s final value, thanks to a distribution system thick with middlemen.

Acceso is replacing some of that network, buying nuts at a higher price as well as creating a market for what until now was essentially garbage, the cashew apples. Roughly 500 small farmers here participated in the Acceso program, selling their apples to it for 2.5 to 3 rupees a kilo. (Every kilo of nuts yields five to six kilos of cashew apples.)

Last season, the farmers harvested roughly 100 kilos of fruit a day, which had to be collected immediately from remote orchards that often are draped down steep ravines. The cashew apples were transferred to Exotic Fruits Pvt. Ltd., a fruit processing plant in the city of Ratnagiri, where they were washed, pressed and strained to make juice.

Farmers in the program attended a two-day workshop, where they were introduced to the Vengurla 4 and Vengurla 7, two new, more productive varieties of cashew trees that were developed by Indian government researchers. They also learned techniques and practices to help increase the yields of existing trees, many of which are native varieties. Farmers can, for instance, dig trenches around their trees and create terraces to help trap and distribute monsoon rains that would otherwise simply run down the hills.

More than a dozen growers interviewed said that sales of the cashew fruit last season had raised their families incomes by as much as 20 percent. One farmer, Ravindra Agare, said he had been able to buy schoolbooks for his children. The two sons of another farmer, Harshad Mukadam, are taking English lessons that he said he could never have afforded before. “It makes me happy that I can do this for them,” Mr. Mukadam said.

The potential for additional income has even encouraged farmers like Pravin Shirke, who did not participate in the program, to adopt some of the new techniques.

Mr. Shirke put trenches around several of his trees and started weeding and pruning. After he adopted these techniques, he was able to sell 200 kilos of cashew apples to Acceso, earning more than 400 rupees, part of which he used to pay the men who dug his trenches. With the remainder, he will invest in more trees, he said.

Not everyone has embraced the plan. Mr. Pandit said several neighbors who grow cashews stopped by the demonstration orchard Acceso created at one of his plots and issued dire warnings.

“Some of them try to scare me, saying that Acceso will take my land away or that it won’t pay me,” he said. “I tell them my yields have increased and that I’m making more money, but some of them still aren’t convinced.”