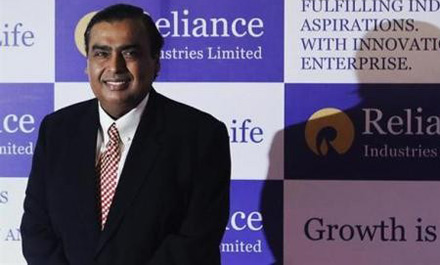 Reliance Industries Chairman Mukesh Ambani on Thursday described the launch of Prime Minister Narendra Modi’s “Make in India” campaign as a “historic” day for Indian industry and said his company will create 1.25 lakh new jobs over the next 12-15 months as part of the movement.

“PM Modi dreams and does, working 14 hours a day and motivates a billion Indians to dream and do,” said Mr Ambani, who was among the few corporate honchos to make a speech at the marquee event.

He said the ambitious programme will make India globally competitive and put the country on a fast-growth trajectory. “I firmly believe 8-10 per cent for a long period of time is the right potential for India,” he said.

Mr Ambani said the success of India’s mission to Mars on Wednesday has shown what India can achieve. India’s Mars mission cost less than Rs. 7 per km, which is less than the cost of travel by an auto in major Indian cities, he said.

Mr Ambani, India’s richest man, said the outlook of international investors has changed since Mr Modi took charge and he thanked the Prime Minister for his leadership and inspiration to the industry.

Mr Ambani added PM Modi’s vision of a digital India will go hand in hand with “Make in India”.