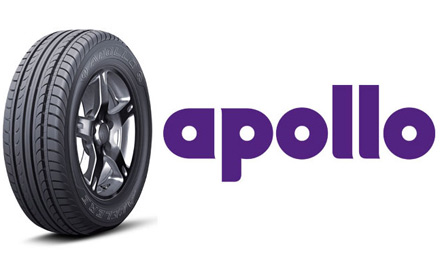 Apollo Tyres is planning to invest $340 million (around Rs 2,050 crore) in its Chennai and Kerala facilities. To fund the capex and for other purposes, company plans to raise $200 million through QIP, rights issue and other modes.

Company’s Board of Directors today approved an expansion of truck-bus radial capacity at the Chennai plant from the present 6,000 tyres per day to 8,900 tyres per day, according to company’s announcement to BSE.

While the company officials refused to give any break-up, Satish Sharma, president – APMENA Region, Apollo Tyres Ltd recently said that the company is planning to invest around Rs 400 crore at its Kerala facility.

Going by his earlier statement, of the proposed investment around Rs 1,650 crore is expected to be invested in the Chennai facility and Kerala facility will attract Rs 400 crore to convert from bias truck tyres to specialty/industrial tyres facility. The Kalamassery plant manufacture 30 tonnes of off-way tyres and company plans to increase it to 110 tonnes in 18-24 months.

The capacity expansion in Kerala will address primarily global market, where the demand is high. These tyres are used in specialised vehicles like loaders, golf vehicles, agriculture equipments and others. Company exported 60 SkUs to European operations, he said.

So far the company invested around Rs 2,300 crore at the Chennai facility, which was originally expected to break-even in seven years, but in three years the plant reached break-even level, e The plant, located at the auto industry’s hub of Oragadam, on the outskirts of Chennai, was inaugurated three years ago. The facility

Current capacity of the plant is 6000 tyres bus radials and 16,000 passenger car tyres per day and this is the only facility for Apollo to manufacture radial tyres and has been catering to the export markets in a big way, noted Sharma. Current capacity utilisation of the plant is around 70-75%. The facility caters to both domestic and export markets.

Expansion in Kerala facility comes on the backdrop of growing demand, especially in the global markers.

Currently the Kalamassery plant manufacture 30 tonnes of off-highway tyres and it will be increased to 110 tonnes in the next 18-24 months.

These tyres are used in specialised vehicles like loaders, golf vehicles, agriculture equipments and others. Company exported 60 SKUs to the European operations, he said.

According to Apollo Tyres announcement to BSE, company plans to raise funds to pursue these organic growth opportunities and for other corporate purposes. The Board has authorised the company to raise funds, subject to approval from shareholders, through issue of securities to the extent of $200 million, in one or more tranches, either by way of Rights Issue/ Preferential Issue/ Private Placement (s)/ QIP/ Public Issue of equity shares at par or premium, Convertible or Non Convertible Debentures with Warrants and/or by way of issue of FCCBs and/or such other instruments and on such terms and conditions as may be decided by the Board.

The management has also taken an approval to increase the limit of investments by FIIs from 40 per cent to 45 per cent in the equity share capital of the company, according to the announcement.