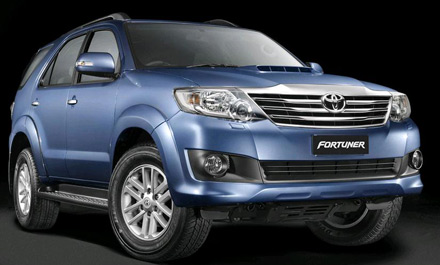 Toyota has showcased new safety technologies that it says will debut globally on its models in 2015. The Japanese carmaker will be offering these features as part of a system called Toyota Safety Sense (TSS).

The TSS will be differentiated into C and P packages, C for smaller compact cars and P for larger sedans. The C package combines the radar cruise control with automatic high-beam LED headlamps, lane departure warning and a collision protection system. The collision protection system provides audio-visual warning against imminent collision, and if the driver still doesn’t act, the system automatically applies the brakes and reduces the speed by around 30kph. The LED Array Adaptive High Beam headlights use multiple independent LEDs which provide better illumination without blinding oncoming vehicles.

The P package gets the same technologies as the C package, but the radar systems used for cruise control, pedestrian detection and collision protection are advanced and even more accurate.

Toyota says the technologies are constantly being developed and updated, and it will also be priced in a way that it encourages widespread usage.