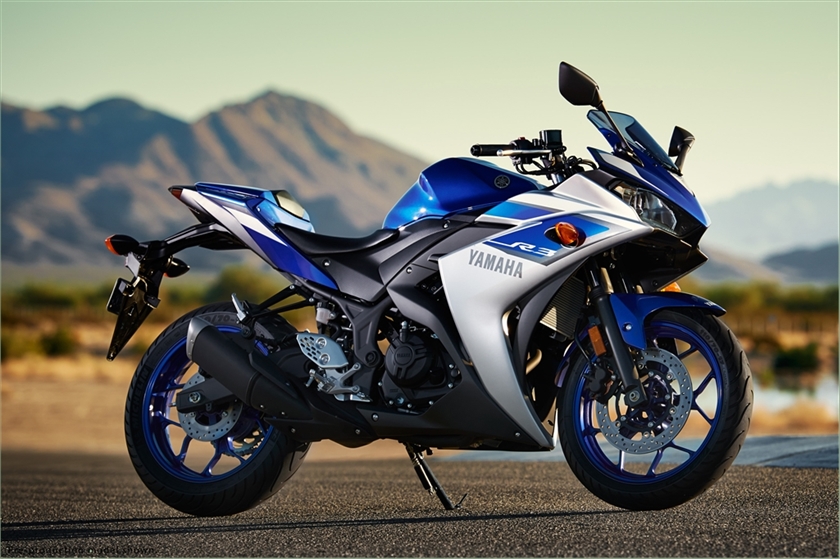 Looking for Best Bikes in India 2022? Click here to read the list of Top 10 Bikes with Price.

Check out the top 10 best bikes of 2015 with price, features, mileage and view the photos.

Powered by 321cc twin-cylinder fuel-injected engine, which can churn out 42 PS of power at 10,750 rpm and 29.6 Nm of torque at 9,000 rpm, Yamaha R3 comes mated to a six-speed transmission. It was brought to India as CKD (Completely Knock Down) units from the company’s manufacturing plant in Indonesia. R3, which takes on the likes of Kawasaki Ninja 300, KTM RC 390 and Honda CBR 250, has a price point of Rs 3.25 lakh (ex-showroom). 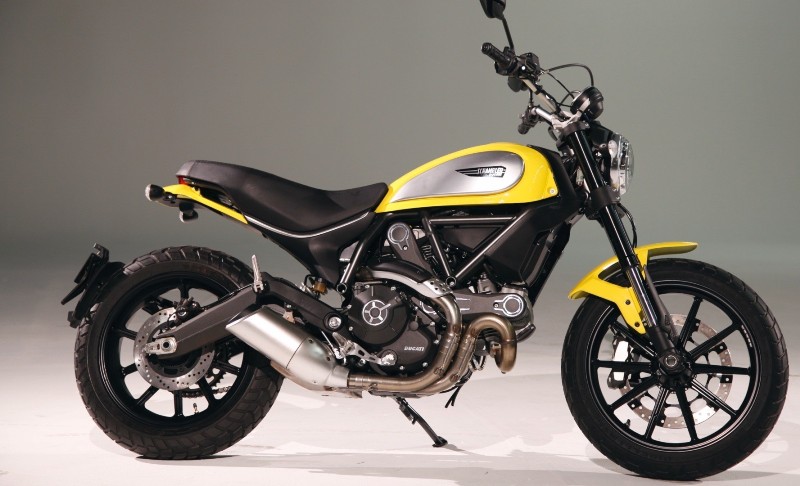 One of the most able motorcycles in the Ducati line-up, the Scrambler, is undoubtedly the most unique motorcycle in the Indian market. The 803cc L-twin engine produces 75bhp of maximum power and 68Nm of torque, and so far has exceeded expectations of most who have ridden the bike. The throttle is extremely responsive, though some may find it snatchy, and the six-speed gearbox delivers every bit of those numbers in a very happy manner. The Pirelli MT 60 tyres on both the ends do their job pretty nicely both on and off the road. The Scrambler Ducati has a weight of just 176.5kgs. In the Indian market, the Scrambler Ducati’s prices begin from 6,62,000 (ex-showroom) which makes it one of the best value-for-money motorcycles for enthusiasts. 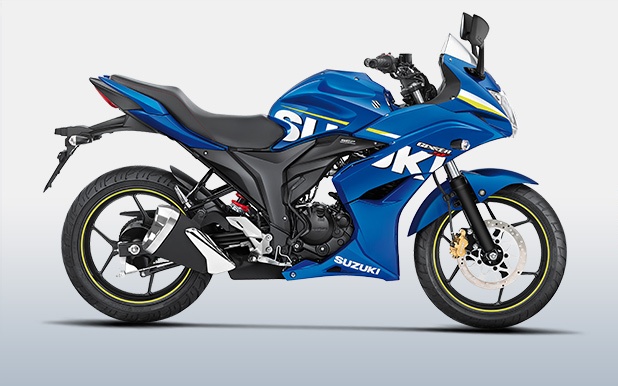 The premium looking Suzuki Gixxer SF is a fully faired 155cc motorcycle which has been developed in the same wind-tunnel where the legendary Hayabusa, GSX-R and MotoGP machines are developed.

Every feature of the new Gixxer SF is designed to give a sporty and premium look – from its futuristic-looking aluminum exhaust end cover, new clear lens indicators and pinstripe on the wheels gives it a sharp & edgy look, guaranteed to appeal to all motorcycle lovers!

The ultra-light weight and punchy engine under the sleek fairing of the Gixxer SF has been powered with cutting edge SEP technology which enables the Gixxer SF to deliver great power without compromising fuel economy.

Coupled with a five-speed gearbox provides exceptional running performance with a broad low-end torque and dynamic mid-range power for strong acceleration which gives riders a thrilling and superb ride!

The year 2015 also saw the Gixxer SF model ride out of Suzuki’s stable in India. Seated on a wheelbase of 1,330 mm, Suzuki Gixxer SF measures 2,050 mm in length, 785 mm in width and 1,035 mm in height. The power comes from a 154.9cc single-cylinder engine that churns out maximum power output of 14.6bhp at 8,000rpm and a peak torque of 14Nm at 6,000rpm. Suzuki Gixxer SF gets features like LED tail lamps, clear-lens indicators and a digital instrument cluster. The model, which is being billed as the most affordable fully-faired bike, is on sale in the market with the price pegged at Rs 83,439 (ex-showroom). Suzuki Gixxer is one of the best bike in india 2015 under 1 lakh. 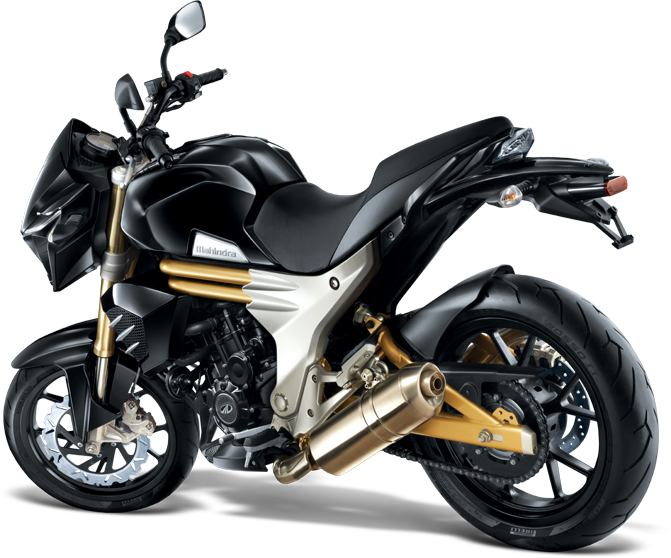 Mahindra Mojo is powered by a 292cc single-cylinder liquid-cooled engine that can churn out 27bhp at 8,000rpm and 30Nm torque at 5,500rpm. The power is transmitted via a six-speed constant-mesh transmission.

The Mahindra Mojo, the quarter-litre motorcycle which made its India debut in October this year, was originally priced at Rs 1.58 lakh (ex-showroom ). Following a hike, it now costs Rs 1.63 lakh, ex-showroom. 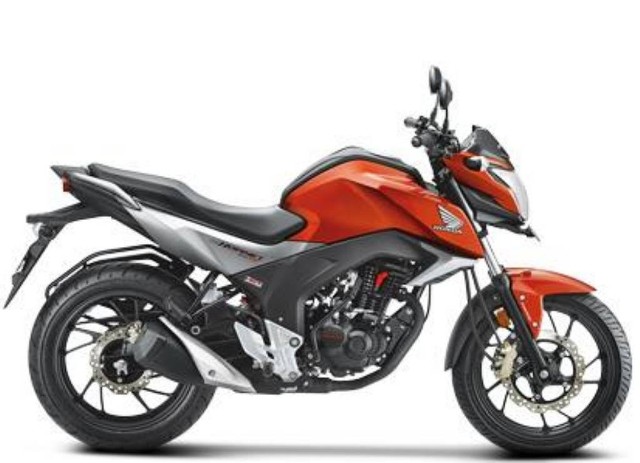 The much-awaited Honda CB Hornet 160R was launched in India at Rs 79,900 (ex-showroom) on 10 December. The 160cc motorcycle that was showcased at the 2015 Honda RevFest rivals Suzuki Gixxer, TVS Apache, Bajaj Pulsar 150 and Yamaha FZ in India. 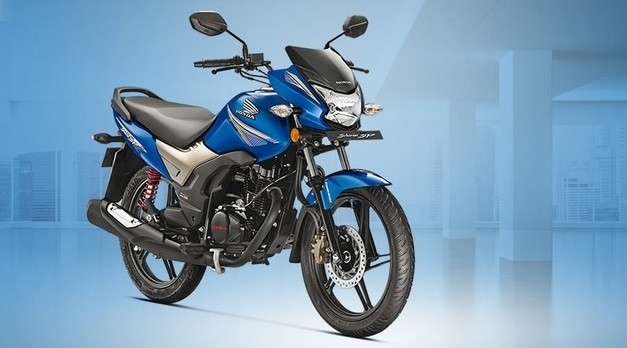 Honda Motorcycle and Scooter India launched the CB Shine SP for a starting price of Rs 59,000. The SP stands for the “Smart Power” technology that offers engine start and stop technology, which shuts off the engine in idle contitions and restarts it when the clutch is pressed. The new Honda CB Shine SP 125 is powered by the same 124.73cc single-cylinder air-cooled engine that does the duty in the regular Shine, developing 10.57bhp at 7,500rpm and 10.3Nm of torque at 5,500rpm. The new addition to the mechanical department is the five-speed gearbox. Honda CB Shine SP 125 is one of the best bike in india 2015 under 1 lakh. 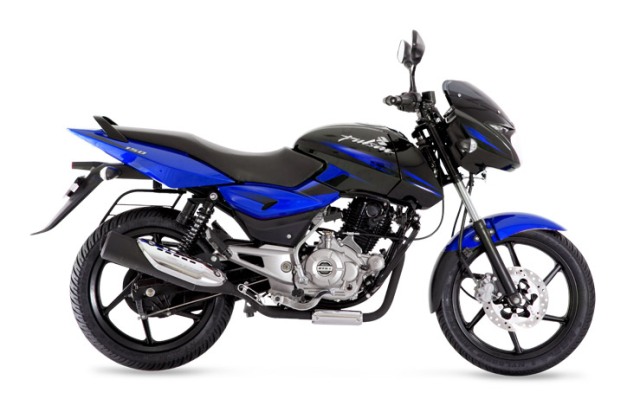 The aggressive wolf eyed headlamp with twin pilot lamps, gives the Pulsar 150 its individual character and lets it mark its own territory on the road. The 12 V full DC headlamp ensures a constant light beam at all speeds. The naked street fighter look is further enhanced by the aerodynamic fairing on the large, muscular 15 litre fuel tank. This mean machine also comes with clip-on handlebar, complete with pass switch, electric start and engine kill switch.

The Pulsar 150 is unmatched in terms of performance amongst bikes in its class. Patented technologies like DTS-i and ExhausTEC provide the Pulsar with a class beating power of 15 Ps and mileage of 65 Kmpl* making it a true ï¿½King of the Roadï¿½. Other features like the front disc brake, alloy wheels and broad rear tyre all provide greater performance and superior efficiency.

The Pulsar 150 has been designed to ensure maximum comfort for the rider with its upright seating position, smooth suspension and 17ï¿½ alloy wheels. Resting on 135mm telescopic front forks with anti-friction bushes and a 5 step adjustable Nitrox rear shock absorbers, the Pulsar 150 is a delight to handle and a pleasure when riding in the city or out on the highway

The Pulsar 150 comes equipped with a 240 mm ventilated front disc brake that ensures a quicker and safer braking each time. The bike boasts of a light sensitive digital cockpit for great day-night visibility. The beefed up frame with 1320 mm wheelbase adds strength and stability. Built around the perimeter frame, Pulsar Adventure Sport0AS200 draws power from the 199.5cc, single-cylinder, liquid-cooled engine, which can churn out 23bhp of power at 9,500rpm and 18.3Nm of peak torque at 8,000rpm, coupled with six-speed transmission. The model, which is based on the Pulsar 200NS, has been priced Rs 91,550 (ex-showroom). 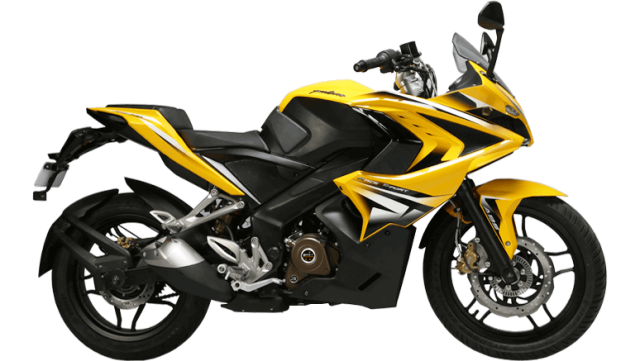 Looking for Best Bikes in India 2022? Click here to read the list of Top 10 Bikes with Price.