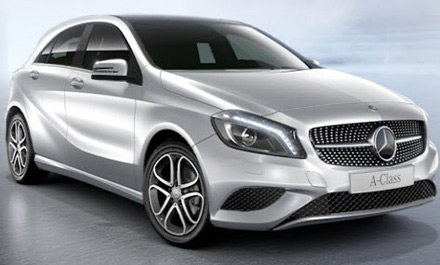 Automobile major Mercedes-Benz India on Friday announced its strongest sales year in the company’s history in India by posting 10,201 units of sales.

With this, the brand with the Three Pointed Star also recorded a growth of 13% over the corresponding period of 2013 (January-December 2013: 9,003 units). This is the second consecutive year that Mercedes-Benz has posted a double digit growth in India.

Eberhard Kern, Managing Director and CEO, Mercedes-Benz India commented: “We have recorded the highest ever sales in the history of Mercedes-Benz in India till date. This is a strong reaffirmation of the continued preference of our customers for the Three Pointed Star. With the ‘Year of Excellence’ we brought excellence to our customers,who appreciated our efforts and helped us in accomplishing a sustained and profitable growth. We are satisfied that our customer oriented efforts have paid off well. With this second consecutive successful year, we are now more confident and focused on continuing our growth momentum in India, which we achieved amidst increasingly challenging market conditions.”

“In 2014 we witnessed a strong demand growth for our products, leading to long wait list on some of the key products, which eventually limited our total sales numbers. Our aggressive product strategy saw 10 new launches, coupled with our strategic network expansion strategy which witnessed a record 14 new outlets inaugurated. Also, the fastest expansion of the AMG Performance Centre in three cities in three days, ensured we kept our patrons excited and fascinated with the brand through the year. Our industry best service packages combined with value added finance programmes from Mercedes-Benz Financial enabled us to create high satisfaction in the vehicle ownership and purchase experience.” Kern further said.

2014 was Mercedes-Benz India’s ‘Year of Excellence’ aimed at bringing excellence in all areas of operation.

Mercedes-Benz not only achieved its highest ever sales volumes in a single year, but also laid the foundation of a long-term sustained profitable growth for the Three Pointed Star in India.

“During the year Mercedes-Benz undertook several key initiatives to delight the customers,” said an official statement.

The CLA 45 AMG and GLA 45 AMG were able to add the young AMG aspirants to the brand. The ML 63 AMG and the GL 63 AMG consolidated Mercedes-Benz’s strong presence in the promising Performance SUV segment. Mercedes-Benz also expanded its AMG network as it inaugurated three new AMG Performance Centers in three days, at Delhi, Bangalore and Mumbai.

In 2014 Mercedes-Benz India also inaugurated 14 new outlets, the highest ever in one single year. The ‘Excellence in Network’ strategy translated into moving even closer to the customers and fascinating them with the renowned Mercedes-Benz brand experience.Providing a unique experience of ‘Touch, Smell, Sound, Sight and Smell’ to the customers and prospects across all Mercedes-Benz dealerships in India aims at bringing in the feeling of exclusivity as well as an environment that spells of luxury.Mercedes-Benz India continues to boast of the densest network spread for any luxury car maker in India with 68 outlets in 37 cities.

“The world class production facility spread over 100 acres, is among the fastest green-field operations ever to be created and is rated among the top most local manufacturing plants of Mercedes-Benz globally.During the year, the company celebrated roll-out of the 50,000th car manufactured in this facility,” the company said in a statement.