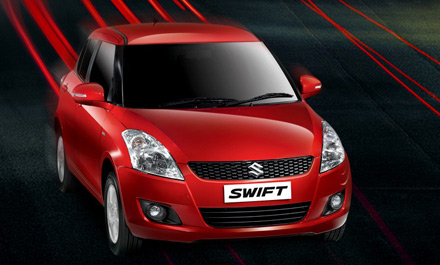 Maruti Suzuki to achieve its highest yearly sales in 2014

Passenger car market leader Maruti Suzuki said Wednesday it is expected to achieve its highest yearly sales during 2014. According to the company, it is expected to clock over 11.48 lakh units sales during 2014. Latest sales figures show that the company has managed to sell 835,912 units during April-November from an off-take of 739,247 units, representing a growth of 13.1 percent.

“This (11.48 lakh units) is going to be our highest ever sales in a calendar year. Previous highest sales was in 2010 when we sold 10.60 lakh units,” said Maruti Suzuki chairman R.C. Bhargava. The company said that the healthy sales growth comes on the back of aggressive dearlership expansion in the rural areas, as well as focus on growing every brand under the company’s stables. “We set out with the target of growing sales of all our models during the year. From 1,200 outlets, we have gone up to 1,430 outlets, the growth in outlet numbers have come from the rural areas,” said R.S. Kalsi, executive director, marketing and sales, Maruti Suzuki.

“This will be our highest sales growth in the last 4-5 years. We are expected to close the financial year with double digit sales growth,” Kalsi said. Helped by the rise in the company’s product off-take, its market share will reach about 44.8 percent. The company further said that it is awaiting the amendment to the Company’s Act 2013 to get a go ahead from the parliament before going-in for a minority shareholders’ voting on its plans to let Suzuki Motor Corp own the upcoming Gujarat manufacturing plant.

On the government’s impending decision on excise duty, the company said that if an hike happens then its effects will be passed on to customers. The company added that this will be in addition to already announced price escalation due from January on the account of rising raw material costs. In order to give respite to the automobile sector which is struggling from slow sales growth the government had extended the excise duty cut by six months till Dec 31.

Excise duty on small cars, scooters, motorcycles and commercial vehicles currently stands at eight percent from 12 percent and that of sports utility vehicle (SUV) was reduced to 24 percent from 30 percent.