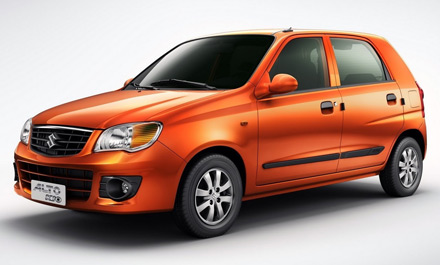 Maruti sold 11 lakh cars in the country last year and was expecting a 10 per cent growth this year, he said.

This is the first time in the country that at the entry level a car has been fitted with automatic gear shift.

Pointing out that Kerala was definitely a market for small cars, he said that 3,000 of the total of 9,000 cars sold monthly in the state are Alto.

Sporting a new youthful look, the Alto K10 claims to deliver a fuel efficiency of 24.07 km per litre, a 15 per cent improvement over the previous model.