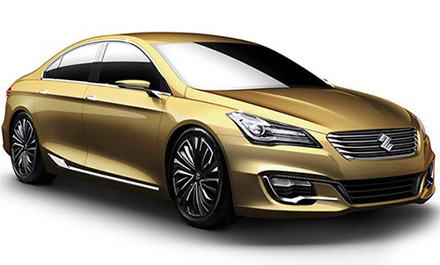 The reducing price gap vis-a-vis petrol and diesel have made a dent on Maruti Suzuki diesel car sales in India.

The price gap between diesel and petrol is now ₹9 and if it continues, the contribution of diesel cars is likely to stabilise in the range between 45-50 per cent in the total sales, Ram Suresh Akella, General Manager and Commercial Business Head (South), Maruti Suzuki India Ltd said.

Last year the company had sold 1.2 million units in all categories put together and Maruti has emerged as the No. 1 diesel car manufacturer in terms of volumes, he added.

Speaking to Business Line on the sidelines of the launch of Ciaz here on Tuesday, Akella said that Maruti has registered a 44.7 per cent growth in the first half of the current fiscal from April to September when the automobile industry witnessed a single digit growth.

The company had also recorded a 15.8 per cent growth in the corresponding period last year when the industry registered a minus 2.9 per cent growth and witnessed declining volumes for the first time in 14 years, he said.

The trident and trusted brand has helped Maruti to show a commendable performance during this difficult business environment. Apart from this, he said the focus on rural market also helped to garner a comfortable sale, registering a 34 per cent growth in volumes during April to September.

Today in every 100 cars sold, 34 vehicles goes to rural areas, he said while recalling the contribution of rural sales was in single digit in 5-6 years back. Besides, various strategies including exchange offers, finance options etc have all contributed for the sales growth.

The company is expecting a double digit growth in the current fiscal also with the improvement in consumer sentiments as well as decline in fuel prices which are very positive as far as the industry is concerned, he said.

Referring to Kerala market, he said the State is the biggest in all the 18 regions with a market share of 53 per cent in the first six months of the current fiscal, a growth of 2.2 per cent over the corresponding period. Kerala contributes close to 10 per cent of all India sales volumes.