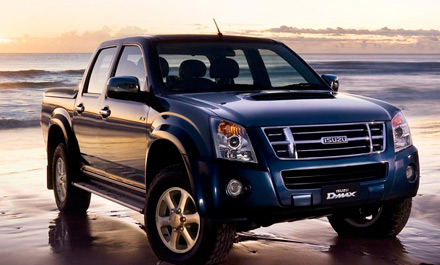 Toru Kishimoto, Vice President (Sales), Isuzu Motors India termed Kozhikode as a key trade hub of North Kerala contributing about 12% to the state’s economy. Being one of the main commercial cities and the second largest urban agglomeration in Kerala, Kozhikode promises to be an exciting market for Isuzu.

Isuzu is selling the SUV range, MU-7 and a heavy-duty pickup, D-Max. The MU-7 inherits Isuzu’s diesel-engine expertise, with good fuel efficiency and engine performance. Isuzu’s D-Max has a heavy-duty chassis, a large cargo bed to ‘accommodate the bulkiest of loads’ and its body structure is made from high-tensile steel.

The MU-7 SUV is priced at Rs.19.69 lakh (Ex-Showroom, Kozhikode) and D-Max pickup is priced at Rs.6.23 lakh. Isuzu is contemplating on opening 60 outlets across India by end of 2015-16. Just earlier this month, the company opened a new showroom in Jaipur.