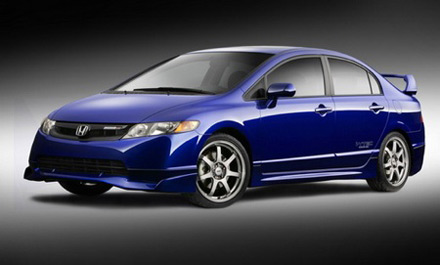 Automobile manufacturer Honda Cars India Friday reported a sales growth of 61.8 percent during Jan-Nov 2014 which stood at 165,388 units compared to 102,168 units sold during the corresponding period of 2013.

According to the company, the calendar year 2014 began with the biggest launch of the year- the fourth generation Honda City equipped with a 1.5 litre i-DTEC diesel engine.

“The model since then has gone on to sell more than 71,000 units till November 2014,” the company said in a statement.

Honda made its maiden entry into the MPV (multi-purpose vehicle) segment with the launch of the seven-seater Mobilio.

The vehicle has cumulatively sold more than 22,000 units in the initial five months after the launch.

The company also doubled its production capacity in HCIL in 2014 with the start of assembly operations in the Tapukara plant in February 2014.

“In line with business expansion, Honda made strong progress in expanding its dealership network during the year and crossed the milestone of 200 dealers in the country in November 2014,” the statement added.

The company plans to rope in another 100 dealers by the end of the next fiscal and take the total tally to 300 facilities by March 2016.